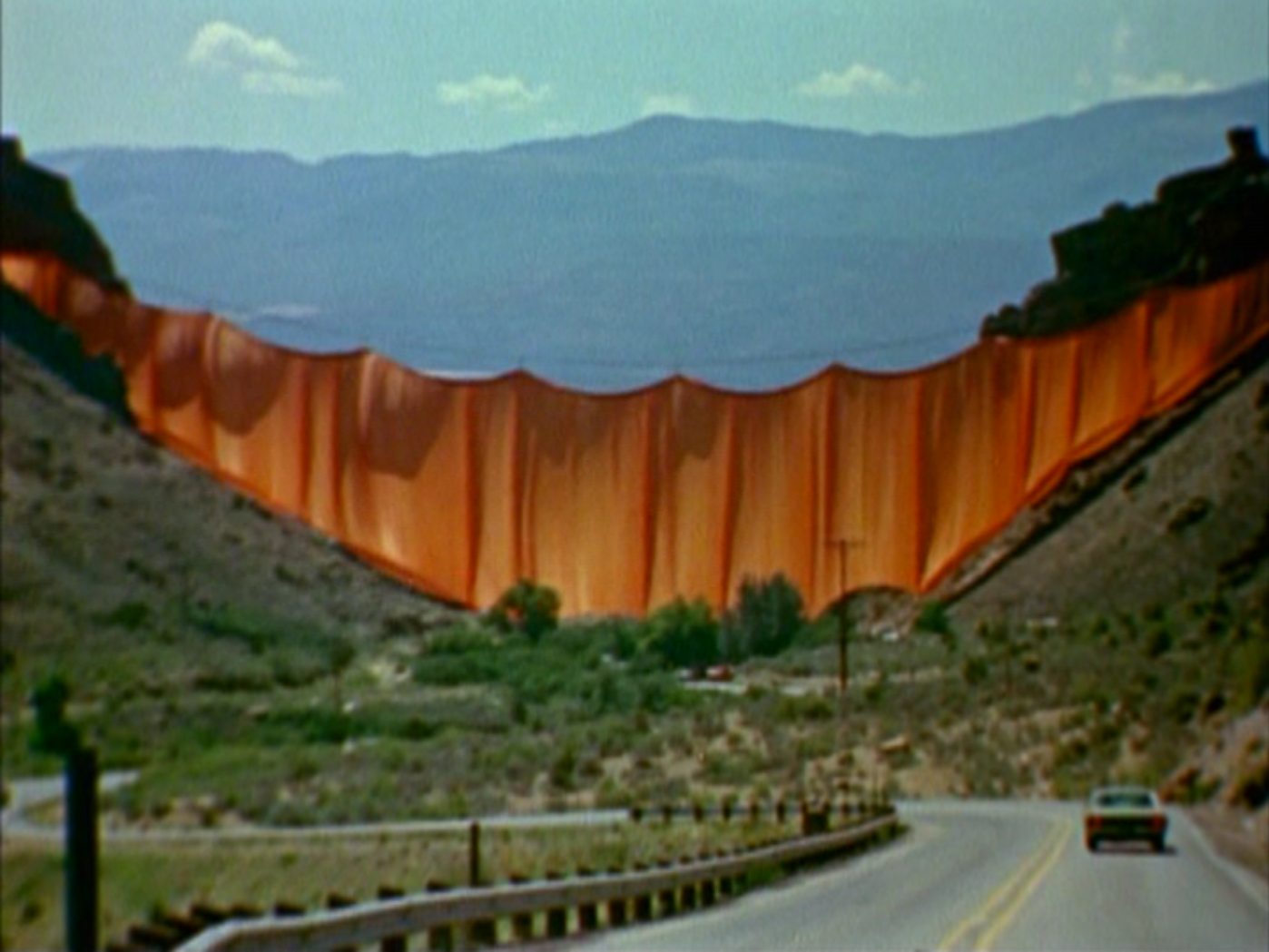 Two years ago, a Christmas gift introduced me to a photograph of a giant, orange curtain:  The curtain spoke to me with its warm aura and summery temper, seducing me, raising questions, generating fantasies, and leaving me wanting more.  This was more than just an ordinary curtain — it was the valley curtain, a grand idea turned community-art-project from Bulgarian-born New York artist Christo, whose bold vision verified the positive effects art has on community, society, and the human spirit.

Hanging a big curtain has a big impact.

Bridging the quarter-mile valley of Rifle Gap, Colorado, Christo’s self-funded Valley Curtain project, put a small community to work by providing paying wages to the jobless.  Cristo’s project was quite ambitious, considering the project cost $775,000 and the curtain was only to hang for a mere 24 hours.

Nevertheless, it’s safe to say the Valley Curtain project was worth every penny.  In a cooperative effort to drape nine tons of orange, nylon-polymide fabric from four steel cables, suspended at 365 feet, completion was met with glowing achievement.

Nominated for an Academy Award, Valley Curtain is a compelling twenty-eight minute documentary from renowned documentarians Albert and David Maysles, whom authentically capture the enthusiasm of all individuals involved with the curtain.  Shot on 16mm film, Valley Curtain is composed of warm imagery; sunlight floods through and illuminates the orange fabric as it flaps in the wind against a vibrant, blue-sky backdrop, successfully preserving the timeless beauty of the valley curtain, and, accurately archiving the sunny moral of the artist and his workers during a generally cheerful experience.

Inherent pacing prevents the film from ever lagging and allows Valley Curtain to move along briskly.  Truly a visual story, the Maysles Brothers allow the story to unfold by way of Christo’s enthusiasm, and, through the candid behavior of the participants, who experience significant changes stemming from being part of creating art.  Accompanied by strong, blossoming imagery, Valley Curtain is a flawless portrait of an artist that is not to be missed.

2008-11-20
Previous Post: Who do you admire? Viva Docsters tell us
Next Post: Film Review: Free Voice of Labor