Tip o’ The Month: Differences Between Documentary and Narrative Filmmaking 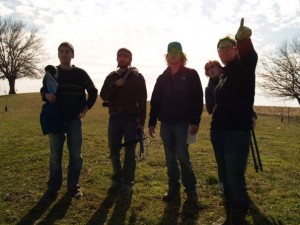 When I first started Columbia, the foundations courses in the Film & Video department didn't include a documentary component. I waited until I could take a pilot of what is currently the foundation courses my sophomore year. Luckily, in the second semester, we got to make a documentary (see a snippet of my first doc below).

Even if you're a student interested in primarily cinematography or directing or screenwriting (not necessarily doc), there are definitely a few things that can be gained from the insight of a documentary filmmaker's mindset. Here's why:

1. No form of filmmaking isn't easy. It requires the ability to adapt to changing circumstances. And documentary filmmakers (especially those of the verite variety) have to deal with this all the time.  Documentary filmmakers have to make fast decisions when filming events, on-location, interviewing, etc.  Being able to make quick calls that will save you time and money is something that can be very helpful (especially to producers) in a narrative atmosphere.

2. Documentary filmmaking requires trust.  On large narrative sets, where you might not even know 1/3 of the crew's first name, it's good to remember the personable nature of documentary set.  When preparing for interviews, it's very common for documentary filmmakers to conduct “pre-interviews” without cameras present so that they can get to know the interviewees and make them feel more comfortable.  This is a good tip for emerging narrative directors, especially when working with student actors.  When you're working  with an actor, maybe get to know the person first…their actual personality might yield clues as to how to elicit more from their character's persona.

3. Documentary film sets are often minimalist.  Narrative sets are typically the opposite, but it never hurts to know how to do more with less.  Especially when approaching upper undergrad years and graduation, a lot of students from various concentrations get the opportunity to make a little extra money freelancing for things like wedding videos, event videography, etc., and you will likely be by yourself (if you're very lucky, you might have another person).  It's good to know how to do one-man-band so that you can acquire skills in directing, producing, cinematography, sound, etc., so that in case one of your crew calls in sick, you can pick up the extra slack with little effort.

Likewise, doc filmmakers — even if you have no desire to, say, work on practicum (ahem), it's also good to have experience on a narrative set. Here's why:

1. The idea that great documentaries can be made completely “on the fly” is a myth.  Learning the role of a narrative director, line producer, and creative producer is helpful in knowing how to preconceive what a story might be, and how to plan ahead and deal with some of the logistics of shooting (where to park, when to eat, how much to spend, etc.).  Even though a documentary filmmaker may not always know what to expect going into an interview or situation, it's the fact that you knew this element could be essential to your story that's important.

2. It's very atypical for narrative directors to edit their own films.  In many cases, big-name narrative directors will just take a break from the footage for a few months before entering in on the process to give feedback to the editor.  Many documentary filmmakers, on the other hand, insist on editing their own films.  There are times, though, when it's good to take a step back and maybe get a second piece of advice, especially if the content is very sensitive or runs a little too close to home.  What may be seemingly less important to you an interview may  be more important to somebody viewing the film is more detached from the situation and people.